Thought I hated my mother 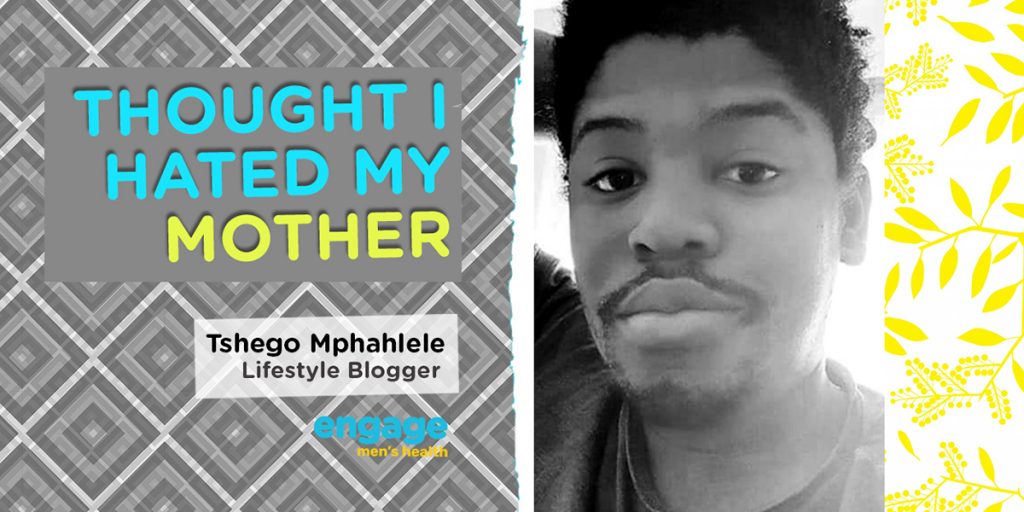 Our rift started years ago. When I was 16, South Africa was about to legalise gay marriage. It got tons of coverage on the news. One night, while watching the news, an insert on this appeared. “Di re di batla eng di lotse?” (What do ‘these things’ want?), she asked, disgusted. To be clear, the ‘these things’ were queer people fighting for their freedoms.

My dad told her they wanted to get married. I remember we were pretty close, but I drifted from her after that. A few months later, she came home from a funeral, angry. A woman, whose daughter I went to school with, had told her that her daughter had said that I “wanted to be gay” when I grew up. She threatened to tell my father. I begged her not to.

All the other queer men I had met were best friends with their mothers. I got to experience these beautiful, affirming and fun relationships whenever visiting friends. I remember wishing that I would go home to that. I’ve always been daddy’s little (and only) boy. When he died, my mom and I found ourselves in a situation where we had to learn each other. This was not easy. She would, in equal measure, spoil and berate me.

Until 2011, my mother really thought I was straight.

The day I came out to her, we had our usual arguments. I couldn’t tell you what it was about. We were always at each other’s throats about something. That day, our argument got particularly heated and I told her how unhappy I was. At some point, she said that if I had a girlfriend, I should bring her over so she could meet her. “Why does it have to be a girl?” I asked. And at that moment, I think she knew. I told her about all the times she had expressed homophobic notions and how that made me feel. She apologised, sincerely. It was then that I realised she didn’t really know any better.

In 2015, after a particularly nasty breakup, I was diagnosed with clinical depression. My mother, while sympathetic, didn’t get it. You see, my mother, like a lot of Black South Africans, did not understand mental illness. To her, life was much easier for us these days than it had been for them.

She wondered how I could be depressed when I seemingly had everything. A myriad of things was blamed, Lord of The Rings (which I read at least twice a year), my drinking, all the boys I was sneaking in and even social media. It wasn’t until she spoke to my psychiatrist that she started understanding what was going on with me. This is really when our relationship truly started changing. We became much closer, I finally had gotten what I had yearned for all these years. Of course, it wasn’t always smooth sailing, but it was much better than it had been when I was a teenager.

I never thought my mom and I could get as close as we are now. In 2018, I met a guy and instant there was mutual chemistry. A couple of weeks later, I moved in with him in another province. The province my mother came from.

I remember being scared to tell my mom that I was moving out and in with a man I had just started dating. When I eventually did tell her, she gave us her blessing.
I am not sure if it was me living in her birth province or perhaps that we did in actual fact miss each other, but our relationship improved a lot from what it was before. I think it was also the chemistry my mother had with my partner that clinched the deal. Last Christmas, she seemed genuinely disappointed that he wasn’t joining us for lunch.

It was my observation of how my partner is with his mother that made me value my relationship with mine. The old adage rings true: “You can tell a lot about how a man will treat you by the way he treats his mother”. I am in love with the most amazing man and this love helped me mend my relationship with my mom.
Today, my mom is my first call whenever I need someone to talk to. She’s a best friend and a sage advisor. Though I’m sad I haven’t always been a good son to her, I am glad that I can make it up to her while she’s still around.

Tshego Mphahlele is a contributing writer for Engage Men’s Health. These are his views, which may or may not reflect those of Engage Men’s Health and its affiliates. Engage Men’s Health offers free and confidential sexual health services to gay, bisexual, and other men who have sex with men (MSM) in the Johannesburg, Nelson Mandela Bay and Buffalo City metros. Services include free HIV and other STI testing and treatment and free PrEP, which prevents HIV. Call or WhatsApp us on 082 607 1686.