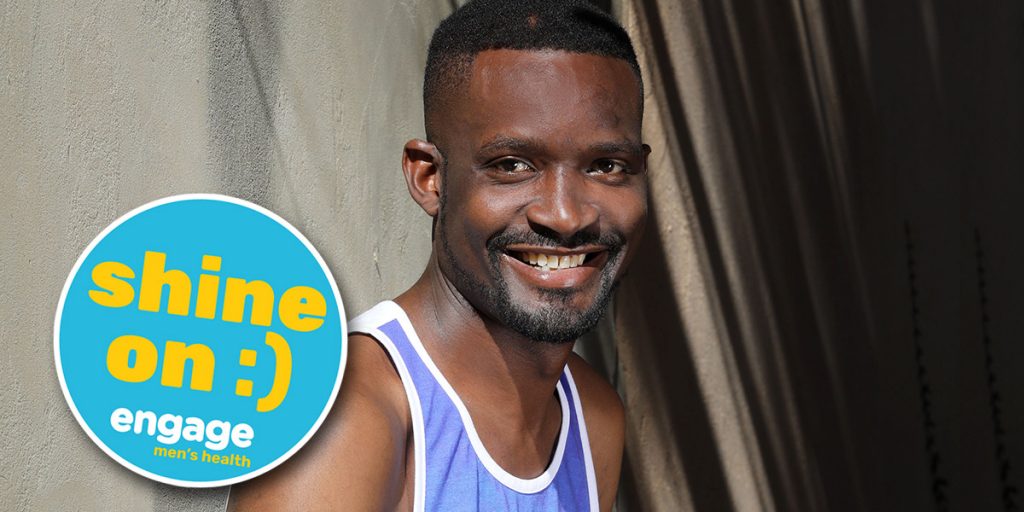 I grew up in Zimbabwe and came to South Africa in 2006 as the economic problems we had were too hectic. So the main reason I came here was for better job opportunities and the hope of a better life. The other significant reason was that obviously life in Zimbabwe for gay people was not very good. Being gay was something you had to keep under wraps from the world and couldn’t practice. This has improved a little subsequently but not by much.

I arrived in South Africa when I was 21. Though I had some family here, it was terrifying initially. At first, I didn’t mix with gay people and suppressed my sexuality. After I got my first job, I made friends who introduced me to a few bars who were gay-friendly. Gradually I integrated with gay people when I realised that it was a lot freer here for LGBT people and legal too.

My initial knowledge of responsible or safe sex was the minimum. I did know that you need to use a condom to avoid HIV but that was that.

A few years later, I was seeing someone and only after we had been seeing each other for a while did he tell me he is positive. He urged me to get tested. Only later did I realise he had known his staus for a while but withheld the information from me. When I went for the HIV test I was informed that I am positive. I was disappointed, felt betrayed and very hurt because I trusted him. I also was disappointed in myself for not being more responsible.

In the initial phase, after I found out, I removed myself from the scene and didn’t feel sexual at all. I had dreams about HIV and it was a scary time because I knew it’s incurable. I stressed about what my health would be like in a few years to come. Did I just recklessly cut my own life short? I made some lifestyle changes to live healthier. I knew that I had to live a certain way if I wanted to live. I knew nothing about ARVs (HIV medicine), but with the counselling, I understood much better.

I still live a full life. I can do everything that I always did before. Nothing changed.

These days you go onto ARVs immediately when you get a positive result, but in those days you had to wait for your CD4 (infection-fighting cells) to drop to 200 before they initiated you on treatment. I’m glad it has changed because it’s horrible to wait till your immune system drops to that level and then having to get your CD4 up again when you start treatment.

I heard a lot of things about side effects which frightened me, but I didn’t experience any side effects.

What makes it easier is having support, because if people understand what you’re going through, then they will know how to treat you and they are more sympathetic. I’ve been lucky in that the people I disclosed to have not been negative about it or rejected me. Their support was amazing.

I haven’t had major problems with disclosing to partners, but it can still be difficult when you just meet somebody because you do not know what their reaction will be. Disclosing is different with every person. When I meet people, I first want to get to know them before having sex. But when the situation or vibe feels like we are going to be sexual, that is when I bring it up and discuss it.

Most guys have been very accepting, but some got nervous or scared after I disclosed. I do not blame them, I think it’s a natural reaction to get worried. Once I have informed them and educated them a bit on the topic they relax and we continue to play safe.

I have a group of positive friends now and we help each other to be adherent (stay on treatment). We remind each other when we drink or party, We support each other and it makes the whole initial scary phase doable.

I hope that by coming out in the Shine On campaign that I can help other people because I have been on both sides. So many guys I know feared to go for the test, they didn’t know their status and then later would get a positive result. And I’ve seen what it can do. I want my story to motivate people to go and test.

I still live a full life. I can do everything that I always did before. Nothing has changed. The only thing that has changed is that I take one pill before I go to bed. That’s it! I’m planning for my future and I want to be successful in my work. I also want to be married at some stage, settle down and have a home with someone. Just not now, I still have lots of time to do that!

The Shine On campaign promotes that getting and staying on HIV treatment will keep you healthy. It can also lower your HIV to undetectable levels which means that the virus cannot be passed on to your partner or partners.