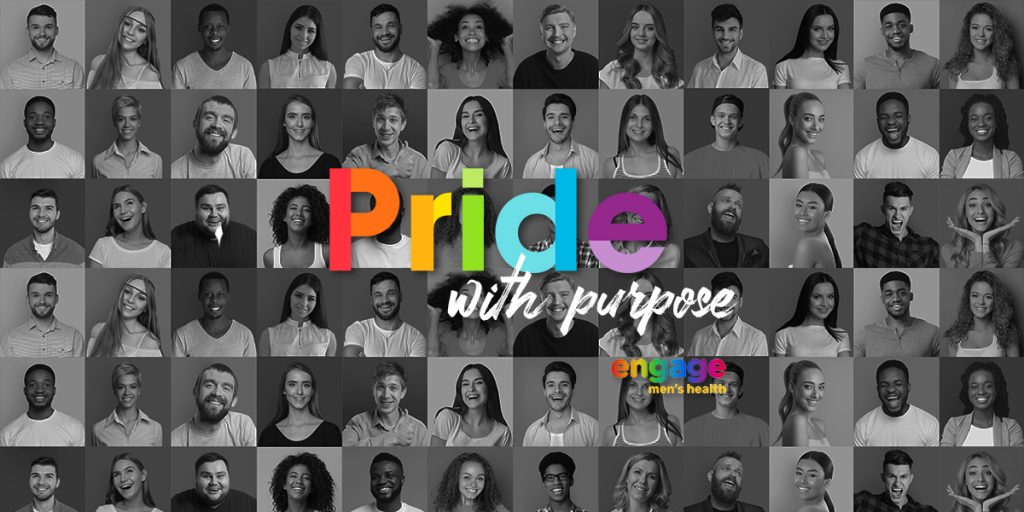 On 27 June 2020 we saw the first digitally streamed Global Pride celebration hosted by queer star Todrick Hall to close off Pride Month. Many people commented that they were disappointed that it wasn’t enough of a party. It’s clear that many members of our community don’t know, or have forgotten what Pride is actually about, so we want to share the love and bring the family up to speed.

International Pride Month commemorates the 1969 Stonewall Riots, a series of incidents in New York City that launched the gay liberation movement of the 70s and 80s — and forged a path for LGBTIQ+ acceptance.

Today, the rainbow and the rainbow flag have become the universal symbol for the LGBTIQ+ community. Rainbows are perceived as somewhat magical but they are a very natural phenomenon.

It is a symbol of hope as rainbows are often seen after a rainstorm when the sun breaks through the clouds. The rainbow is also a symbol of unity as the colours are always seen together in harmony.

The rainbow flag further has connections with Judy Garland, a favourite figure of the gay community who sang “Somewhere Over the Rainbow” in “The Wizard of Oz.”

And while there are many, many, many versions of the Pride flag — there’s a bisexual flag, pansexual flag, asexual flag, intersex flag, transgender flag, and gender-fluid flag, to name a few, the most commonly-seen Pride flag features six colours: red, orange, yellow, green, blue, and purple.

It’s often said that those who do not learn from history are doomed to repeat it. As South Africans, we are very aware of our problematic political past and how we are still fighting to truly become that elusive rainbow nation we speak so much of.

The LGBTIQ+ community and how we engage with each other has changed dramatically with the rise of the digital age and because we tend to have more rights than before, we forget about the people who fought to get us here.

That’s why it’s important to brush up on the rich history of Stonewall, and the transgender activists behind it — like Marsha P. Johnson and Sylvia Rivera — as well as LGBTIQ+ terms that’ll help you support and uplift the queer community in an educated fashion.

The Pride flag was initially created by the late artist and activist Gilbert Baker in 1978 following the election of Harvey Milk, the first-ever gay American to be elected to office as San Francisco city supervisor in California. “We needed something to express our joy, our beauty, our power. And the rainbow did that,” Baker told CNN in 2015.

The colours of the flag stand for diversity, inclusivity, life, healing, sunlight, nature, harmony and spirit.

The purposes of the flag include celebrating legal same-sex marriage in South Africa and addressing issues such as discrimination, homophobia, transphobia, corrective rape crimes and to raise awareness of violent crimes that are still perpetuated on the LGBTIQ+community.

By teaching young people about the importance of every colour of the rainbow, we can encourage awareness, kindness, and acceptance for all.

We have come so far but we still have far to go. It’s easy to forget that though South Africans have rights and are protected under our Constitution in theory, this not always a reality in daily life. In many countries on our continent, LGBTIQ+ people are also often denied the most basic of rights.

While COVID-19 has become the new normal we can still find Pride in our achievements, celebrate how far we have come, and speak out against continued injustice. Know your rights, be aware of our queer history, protect yourself from COVID-19 and HIV and look after your sexual health. Don’t forget that we are stronger together and that your community needs you.

Engage with Engage Men’s Health about free sexual health services. We offer free and confidential sexual health services to gay, bisexual and other men who have sex with men (MSM) in the Johannesburg, Nelson Mandela Bay and Buffalo City metros – with no judgment. Services include free HIV and other STI testing and treatment and free PrEP which prevents HIV. Call or WhatsApp us on 082 607 1686.