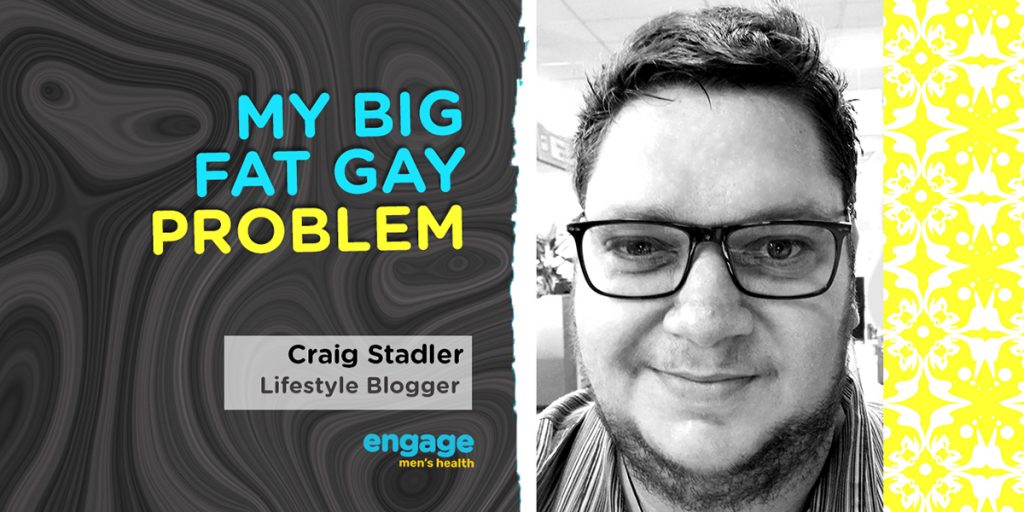 There are many sayings in this life that we learn to live with as part of everyday living. For instance, “You are what you eat”, “It’s not the size of the boat, it’s the motion of the ocean” or “Life begins at 40”. We say these things to make ourselves feel better. I know and accept that they are not true because I am not a box of KFC dunked wings, I’m hung like a Jack Russel and in my late 30’s I’m ready for a retirement home, but we still say them because it’s polite. Clichés are sometimes a necessary part of survival in modern society.

These are all good and well for a regular-sized person, but when you are plus-sized you get a few bonus sayings thrown in for good measure. “You’re beautiful as you are”, “Nothing tastes as good as skinny feels”, “Don’t eat that cupcake, you’re sweet enough” or my personal favorite, “Let’s just be friends”.

Dating life is a meat grinder that will chew you up and spit you out if you don’t have your wits about you. Everyone has a story of disaster or heartbreak and unrequited love. Now, double your weight and re-imagine the story. The likelihood is, the bad break up would never have happened because the other person would not have agreed to a first date in the first place. Devastating right?

Not really. While it seems vile that someone could judge you or dismiss you based solely on your appearance, physical attraction is not something we choose. You like what you like. Let me put it in food terms for you, I’m good with food — pineapple on pizza. You’re either going to love it or despise it. And nothing that anyone says is likely to change your mind if you think the idea is not your taste. Back on the same page? Good.

If someone doesn’t feel attracted to you, it sucks, but it’s ok and it’s certainly not the end of the world. Should you go to pieces? Absolutely not. It may hurt but honestly, do you want someone as your significant other if they are only trying to love you as you are? Didn’t think so. As the old saying goes, love is like a fart. If you have to force it, it’s probably a turd.

The big deal comes with how the situation is dealt with. Now, there are good guys out there. Some of my best friends I’ve made along the way were initially matches made on Tinder or Grindr. When the spark wasn’t there, we became close in other ways. And I’m grateful for those.

There have also been some dark places. I’ve waited at a restaurant for a date and saw the guy walk in, notice me, and make a U-turn. I’ve been told on Grindr “sorry I’m not into group sex or farm animals”. I’ve even had one gentleman, bless him, tell me “Sorry, my sister was playing with my Grindr because I would definitely not have messaged you.”

Now, to my fellow people ranging between 0-6 on the “hotness” scale, listen carefully: your value is not determined by someone else’s opinion of you. Let that sink in. Reread it. You are also not a charity case or a victim. Not everyone has to like you, you’re not chocolate. Him not liking you doesn’t automatically make him an ass.

To the 7-10 range folks out there: If you have ranked yourself, you might be a douche – get that checked out. If a ranking system depends on who you will date or not, we probably won’t get along anyway. If you read nothing else read this: that big guy that you called fat last week or blocked without thanking them for the compliment, they know they’re big. They are painfully aware of that. They don’t need you to tell them that.

Life is short. Don’t be a dick. Your bliss should never come at the cost of someone else’s.

Craig Stadler is a contributing writer for Engage Men’s Health. These are his views, which may or may not reflect those of Engage Men’s Health and its affiliates. Engage Men’s Health offers free and confidential sexual health services to gay, bisexual, and other men who have sex with men (MSM). EMH is in Johannesburg, Nelson Mandela Bay and Buffalo City. Our services include free HIV and other STI testing, treatment, PrEP and also PEP. WhatsApp message or call us on 082 607 1686.