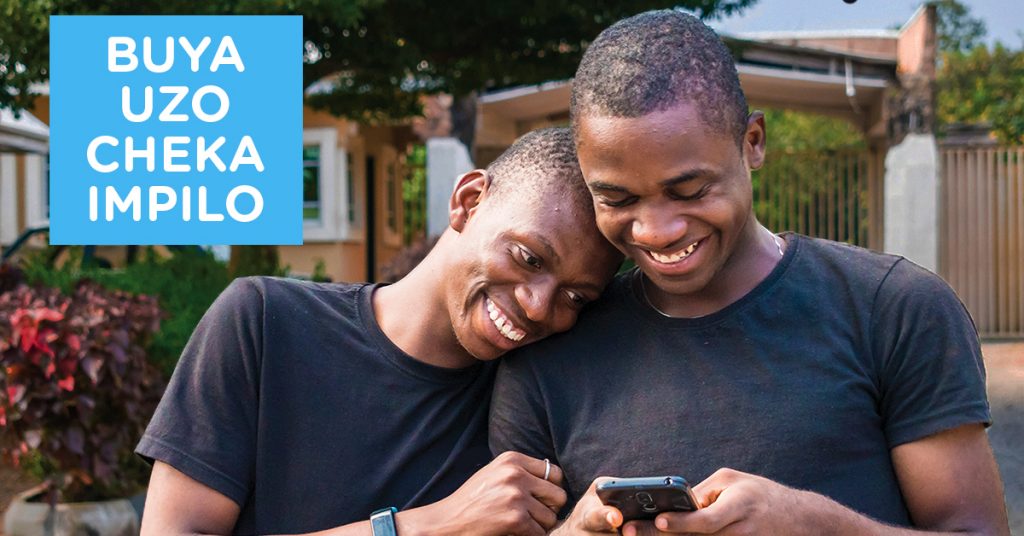 Buya uzo cheka impilo” means “Come back to check your life/health”. This message is vital because many guys find out that they are HIV positive but never go on treatment or do start but stop at some point.

Fact: A lot of people prefer not to know their HIV status rather than having it conﬁrmed.
Fact: Most people who get an HIV test are nervous about getting the result.
Fact: Many who receive an HIV positive diagnosis may be scared to go onto ARV treatment.
Fact: Some people fear what others will think if they’re seen getting ARVs from a clinic.
Fact: People sometimes stop taking their ARVs because they don’t feel sick or because they ﬁnd it’s a challenge to take time oﬀ work or to get to a clinic.

Fear and lack of knowledge are often behind these facts. The truth is that if you are positive and the sooner you go onto treatment, the sooner the ARVs will start ﬁghting the HIV in your body. People who are HIV positive have a considerably lower risk of developing Aids or other serious illnesses if they start taking antiretroviral drugs sooner rather than later. Being HIV positive and not on ARVs puts you at a higher risk of getting other STIs and developing more severe symptoms. The longer you wait, the longer it will take to get the HIV under control once you eventually go onto ARVs.

Modern ARVs have very few side eﬀects and can lower HIV so that tests can’t pick it up. This is called “undetectable” and means that the chances of you passing HIV on to someone else is 0%.

The beneﬁts of staying on ARVs are clear. Nothing, especially not fear, should stand in your way of living a full life.

HIV testing and ARVs are available for free at our EMH services in Johannesburg, Buffalo City and Nelson Mandela Bay. Please WhatsApp call or message us on 082 607 1686 to book an appointment.